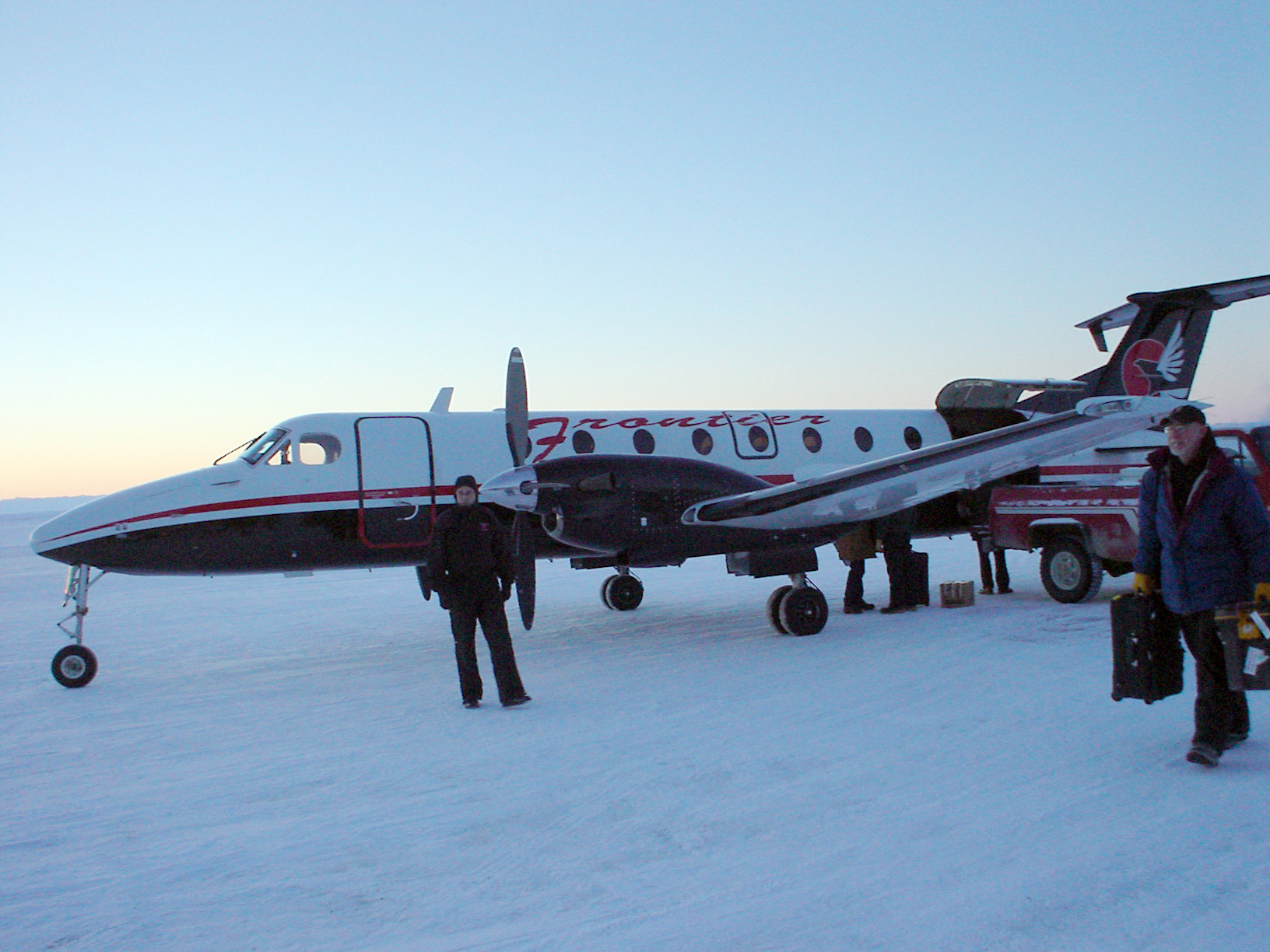 Last month, it was colder in Chicago than it was in the Nuiqsut, Alaska.

Nuiqsut is an Inupiat village on the North Slope of Alaska. It's population of ~450 people relies on subsistence fisheries to supply a substantial portion of their diet. Target species include bowhead whale, caribou, seal, moose, birds, and fish.

In 2003, I had the opportunity to spend some time in Nuiqsut. MBC organized a conference focused on the Arctic cisco, an anadromous species that reproduces in the Mackenzie River, and migrates along the Beaufort Sea coast. They are fished for subsistence by locals using gill nets deployed under the ice. There was some concern that low catches at the time were related to human activities, such as oil and gas development.

After a stop in Anchorage and spending the night in Fairbanks, I was boarding a small plane that would take us above the Arctic Circle. The woman ahead of me in line was checking a bale of hay at the ticket counter, presumably for her dogs. The pilot would do a wing wave every time he flew over a herd of caribou to help hunters. My metabolism skyrocketed, and I ate all day long to keep up with the calories I was burning to stay warm.

Our flight took us over the Brooks Range before we stopped in Deadhorse and Prudhoe Bay to drop off mail. It was warm inside the plane as long as the turboprops were running. But each time the pilot landed and shut down the engines (and put on his snow gear to go outside), the temperature inside the plane plummeted. At the end of a long travel day, we landed at the Nuiqsut airstrip.

I was there in November, so there was very little light. The sun would barely rise, and then set. We briefly saw the Northern Lights. Nighttime temps were in the negative teens and twenties. When you stepped outside, your snot froze instantly. Your eyelashes froze instantly. Exposed skin was problematic. But it doesn't stop the locals from going fishing.

To catch cisco, fishers drill holes and set gill nets under the ice from October to December. Effort usually begins near town, but as the ice thickens the effort spreads away. Changing climate has changed the fishery. Warmer temperatures and altered seasons have required the locals to adapt in a variety of ways. They fish, hunt, and pick berries in different locations now.

The 2003 conference was held in winter because little field work is done in that part of the world in winter. It was a small gathering (~40 people) and was held in the Nuiqsut Community Center. It brought together locals who fished and held generations of traditional knowledge, as well as scientists and agencies who had studied the species. My bunk mate was a scientist named Two Crow.

It was a productive conference because the locals had decades of traditional knowledge that the scientific community was able to listen to and document. Vice versa, researchers illustrated the data they had collected and analyzed, and many gaps were filled. I got to experience first-hand how productive the mingling of artisanal fishers, scientists, and other interested persons could be. The meeting concluded by prioritizing a list of study topics that should be pursued in the future to gather new data, assemble existing data, and synthesize both.

One of the conference attendees published a summary of the fishery in 2010: Moulton et al. 2010

Categories:
Biological Services
Thank you! You're subscribed
Oops! Something went wrong while submitting the form