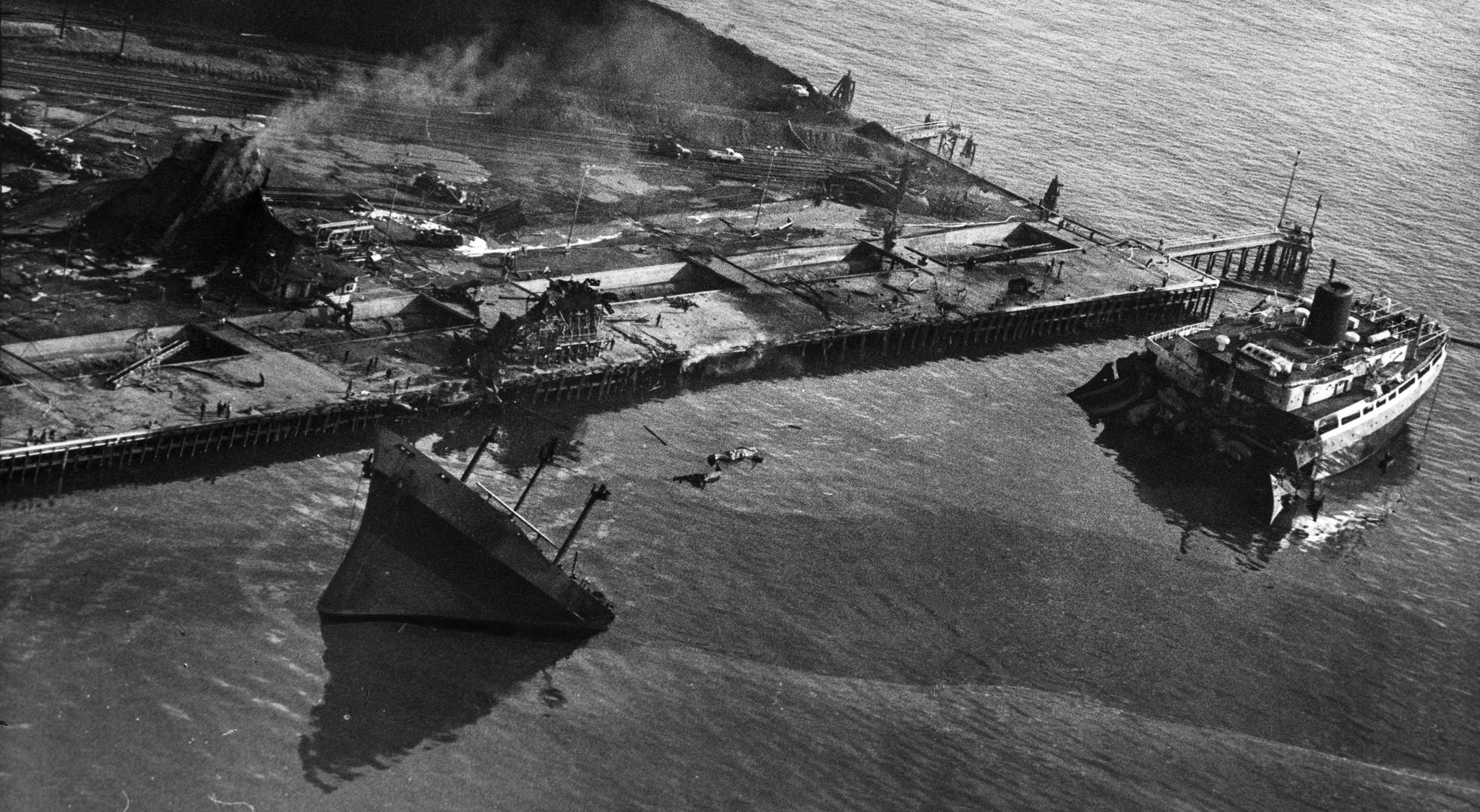 Last month marked the 43rd anniversary of the Sansinena explosion and spill in Outer Los Angeles Harbor. The Sansinena was an 800-foot-long, 70,000-ton tanker that exploded, burned, and sank at Berth 46 in the outer harbor in December 1976. The explosion resulted in the tragic loss of life, and the spill of 575,000 barrels of crude oil and bunker fuel oil (Bunker C). At the time, the USC Institute for Marine and Coastal Studies (Harbors Environmental Projects [HEP]) was performing physical and biological studies within the Los Angeles-Long Beach Harbor Complex. The study area included the inner and outer harbors including the area offshore of the Alamitos Bay entrance and mouth of the San Gabriel River. Within days of the incident, the HEP began studying the effects of the spill. Studies performed from 1972 to 1976 provided a baseline for comparison.

At 800-feet-long, the Sansinena was a little smaller than the present-day container ships that frequent the Harbor Complex. The entire midship section exploded, releasing the vessel's liquid cargo. The Coast Guard estimated that much of the lighter fractions burned. However, denser oil that leaked under the wharf and did not burn was trapped by the wreckage and pooled in a mass that was 8 to 10 feet deep on the seafloor.

Within a year of the spill, in November 1977, the bulk of the oil had been cleaned up except for 200 to 400 barrels of material. Even so, oil and grease levels in the water column and in sediments rose greatly and were as high as they were the preceding year, possibly due to storms.

The benthic community experienced a drop in diversity within a month of the spill, and a drop in abundance within four months of the spill. Even though diversity decreased right after the spill, abundance initially increased, suggesting biostimulation of the community that was primarily composed of species able to tolerate the stressed physical conditions. By April 1977, the average number of individuals per taxon (or species) had dropped from 1,256 in January to 252. However, the numbers rose to 719 in July and 1,213 in April. Multivariate analyses suggested the community was primarily affected by natural variables (i.e., temperature, salinity, and pH) rather than oil and grease.

The breakwaters are habitat for algae and other encrusting and sessile organisms. Surveys completed prior to the spill determined that approximately the same number of algal species grew on the inside and outside breakwaters, but the community composition differed greatly. The breakwater was heavily oiled by tidal extremes after the spill, and numbers of species and coverage dropped in March and June of 1977. Sampling did not extend beyond June 1977.

Prior to the explosion, fishes were not systematically surveyed within the Harbor Complex. Four months after the spill, in April 1977, Dr. Stephens (Occidental College) surveyed the area adjacent to the Sansinena explosion, and the area seaward of Fish Harbor in Outer Los Angeles Harbor. There were six species collected near the Sansinena site, and nine species off Fish Harbor.  White croaker was most abundant near Berth 46, and white seaperch was dominant off Fish Harbor. Only one survey was conducted at these sites after the spill.

Cabrillo Beach is 0.5 miles west-southwest of Berth 46, and it was subjected to oil slicks, black tar, and other petroleum residues after the spill. After January 1977, however, most of the material appeared to be dried out or buried by sand. Barnacles, limpets, and mussels in the intertidal zone were coated with tar, and dead crabs littered the beach. The once-common isopod Ligia was absent. By March, however, many of the dead shells were swept away, and recruitment by species previously present in the area was observed. Limpets, barnacles, and small snails could be seen in clean areas. By June, intertidal invertebrates and algae (Ulva and Enteromorpha) were common, but by August the algae turned yellow and died off. Red algae in the lower intertidal also died back. Soule and Oguri (1978) hypothesized the death of the algae was in response to the die-off of Ligia. In the absence of the herbivore Ligia, decomposing algae accumulated and resulted in the depletion of dissolved oxygen.

Effects of the explosion and spill extended beyond broken windows, disturbed habitats, and loss of life. Oil spills result in sublethal effects in the smallest of organisms, such as reproductive impairment, inhibited chemoreception, and feeding responses. Spilled material can be sequestered in sediments for decades. However, recent studies of the habitats of the Harbor Complex show healthy and vibrant communities in areas nearest to the spill.

LA Times Images of the Sansinena

North, W.J. 1967. Tampico: A study of destruction and restoration.

Categories:
Thank you! You're subscribed
Oops! Something went wrong while submitting the form