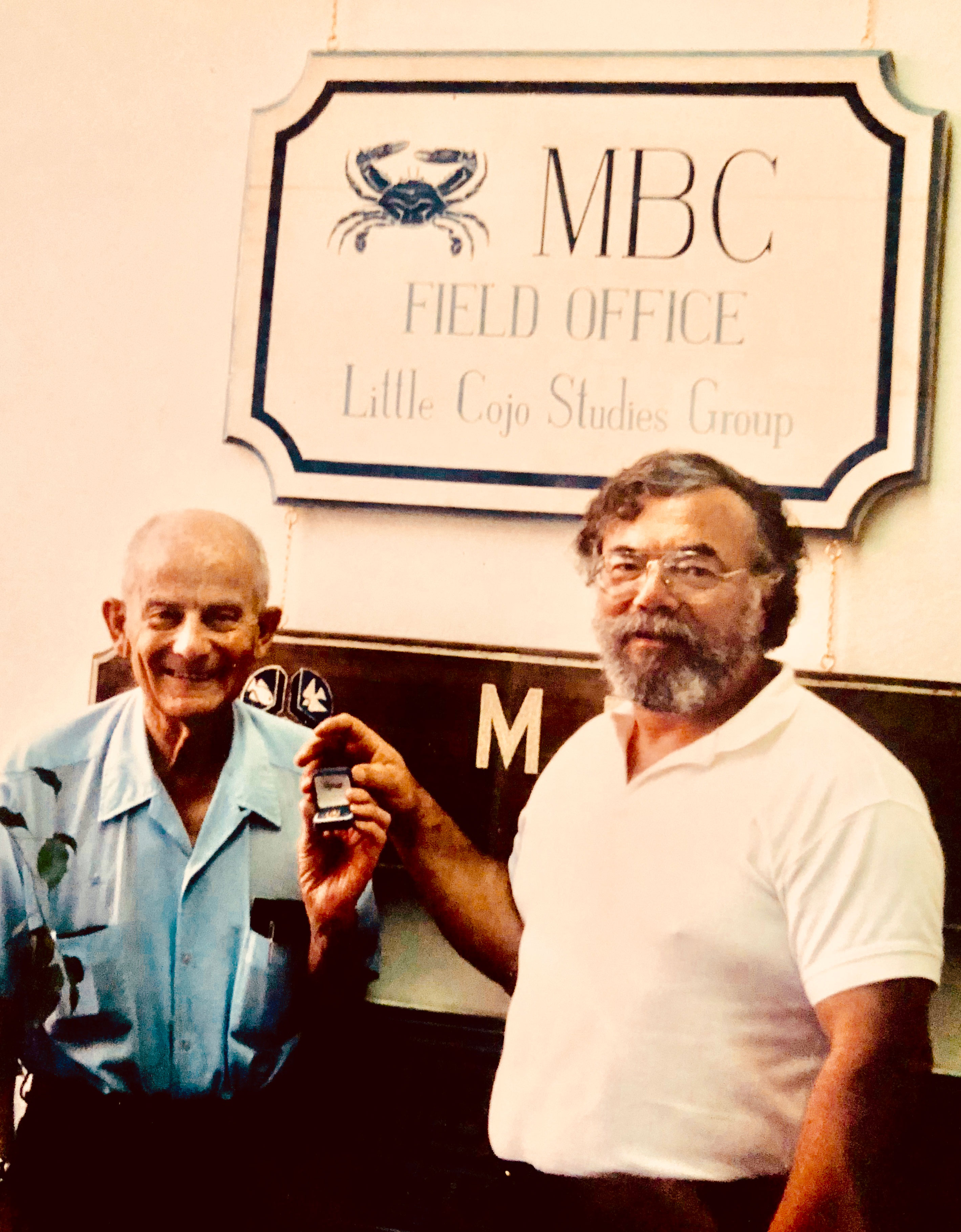 Kelp Consortium: How Kelp Can Help

When Dr. Wheeler North of California Institute of Technology (Cal Tech) pioneered a practice for monitoring kelp beds in the 1960s, did he expect it to still be in practice 50 years later? Dr. North understood that the protection of these beds was pivotal, as kelp forests harbor a greater variety and higher diversity of plants and animals than almost any other ocean community. Today, MBC is proud to carry out the vision of the legendary marine biologist through the annual Kelp Consortium project.

From North to Southern California

As a marine biologist and environmental scientist at the Scripps Institution of Oceanography and California Institute of Technology, Dr. North was the authority on kelp beds, pioneering the study of California’s kelp forests. Most of North’s time was spent undertaking research in MBC’s own backyard waters, at Cal Tech’s Kerckhoff Marine Laboratory in Corona del Mar.

How are kelp beds impacted?

North surfaced the ecological effects of warm-water discharges from nuclear power plants on kelp forests, as well as the reduction of atmospheric carbon dioxide using marine biomass and clathrate hydrates. In 1967, North piloted a program to monitor these impacts off the coast of San Diego and Orange Counties.

Today, the two organizations provide quarterly synoptic monitoring for approximately 355 kilometers (km) of the 435-km coastline of the Southern California Bight (SCB), from Ventura Harbor to the Mexican Border. The Central Region and the Region Nine Kelp Survey Consortia (CRKSC and RNKSC)  consist of various ocean dischargers from power generation to petroleum to municipal wastewater. Players like Chevron, NRG Energy, Orange County Sanitation District, and Southern California Edison (SONGS), all considered dischargers, comprise the organizations. The goal of the regional quality control boards is to assess the status of the kelp beds, while also ensuring the dischargers are not negatively impacting the kelp beds.

From Air, Vessel, and Underwater

The Kelp Consortia require infrared photography to assess the extent of the surface kelp canopy. The aerial photos are supplemented by vessel surveys in Region Nine, capturing visual observations of the surface canopy and presence of subsurface kelp, while divers make underwater observations at a few kelp beds in Region Nine. The practice answers questions from, What is the maximum areal extent of the coastal kelp bed canopies each year? to conclusionary questions, Are coastal kelp beds disappearing? If yes, what are the factors that could contribute to the disappearance?

The most recent report of 2016 revealed insights central to long-term kelp bed health:

While this is the case, the 2016 study concluded that there was no evidence of any adverse effects on the giant kelp resources from any of the region's dischargers, a very good sign. (Read the full report, “Status of the Kelp Beds in 2016” here.)

MBC Scientist, Michael Lyons, offers insight into MBC’s involvement, “Since I helped establish the Central Region’s kelp monitoring program in 2003, I’m excited to have the opportunity to continue this important work so that we can learn whether climate change or other events threaten this critical resource.”

Kelp beds are extremely diverse, each exhibiting different patterns. Think of kelp forests as the redwoods underwater; the ultimate forrest. Kelp grow in dense groupings much like a forest on land. These underwater havens provide food and shelter for thousands of fish, invertebrates, and marine mammal species. In ideal conditions, kelp can grow up to 18 inches per day.

MBC is honored to continue the pioneering study in which Dr. North initiated decades ago. Pollution, ocean acidification, and global warming threaten the health of kelp beds. The monitoring that MBC and others are doing should help preserve this vital ecosystem for future generations. The kelp bed area surveyed is the largest in the world - and we hope the partnerships shared to protect these beds will continue to help it thrive for decades to come.

Categories:
Mitigation / Restoration
Thank you! You're subscribed
Oops! Something went wrong while submitting the form