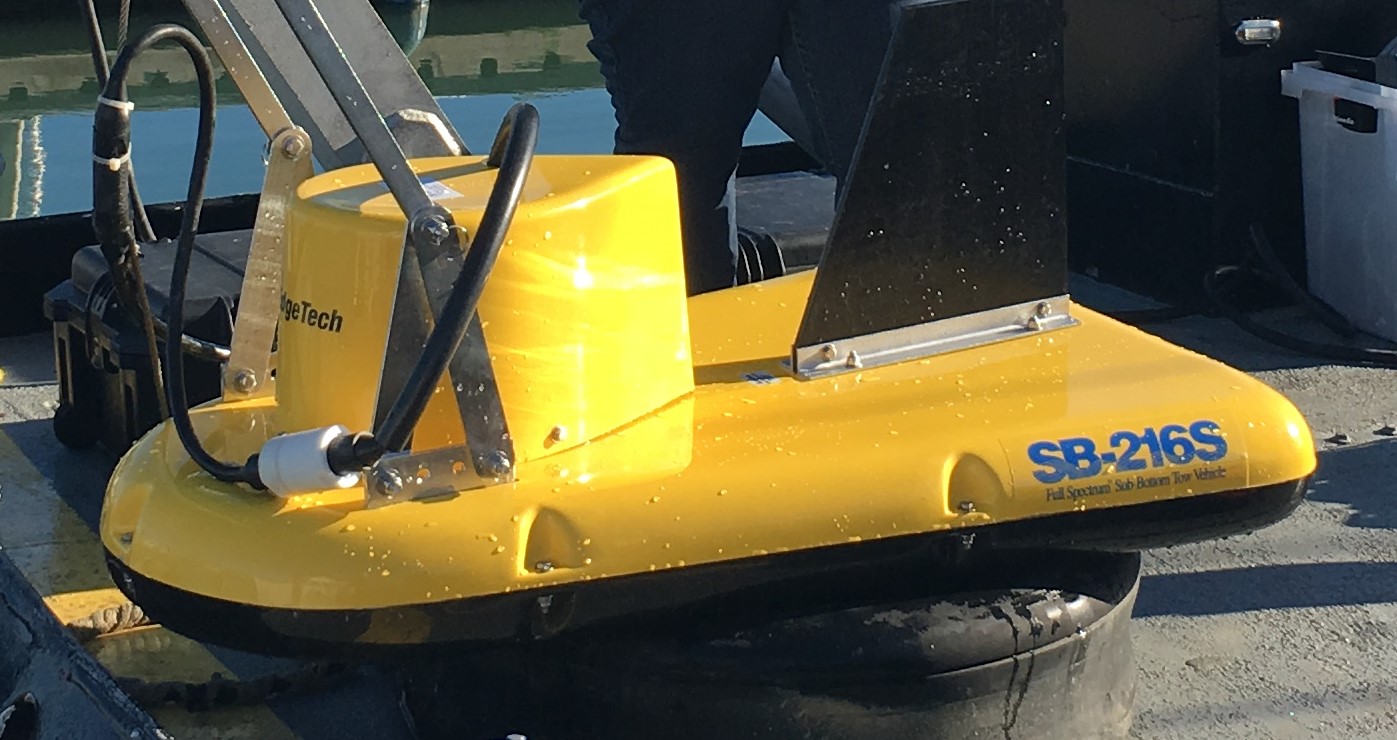 In the recent San Francisco Bay survey, MBC used our 600kHz Edgetech (https://www.edgetech.com/) Model 4125 side-scan sonar to obtain a high-resolution image of the sunken barge (Figure 1).   The side-scan sonar image shows the 100’-long x 30’-wide sunken barge lying partially buried on the seafloor with hundreds of small (1’-2’ diameter) holes in the seafloor around it, likely caused by bottom-feeding fish. The large (5’-10’ diameter) holes in the sediment overlying the barge may be caused by the barge bottom collapsing and surficial sediments collapsing into the hole.

MBC obtained a subbottom-profiling image of the sunken barge (Figure 2) using an Edgetech Model 216S CHIRP subbottom profiling system. The subbottom profiling image shows that the barge is buried in the mud but it has not come to rest on the dense geological layer immediately below it. Strong tidal currents in San Francisco Bay have caused some interesting erosion of the sediments around the buried barge.

The sunken barge will not interfere with our client’s construction plans, so the engineering project will continue without our client having to remove the sunken barge from the site. Nevertheless, it’s always an adventure to stumble upon such unexpected items on the ocean floor. What will we find next?

Categories:
Surveying Services
Thank you! You're subscribed
Oops! Something went wrong while submitting the form