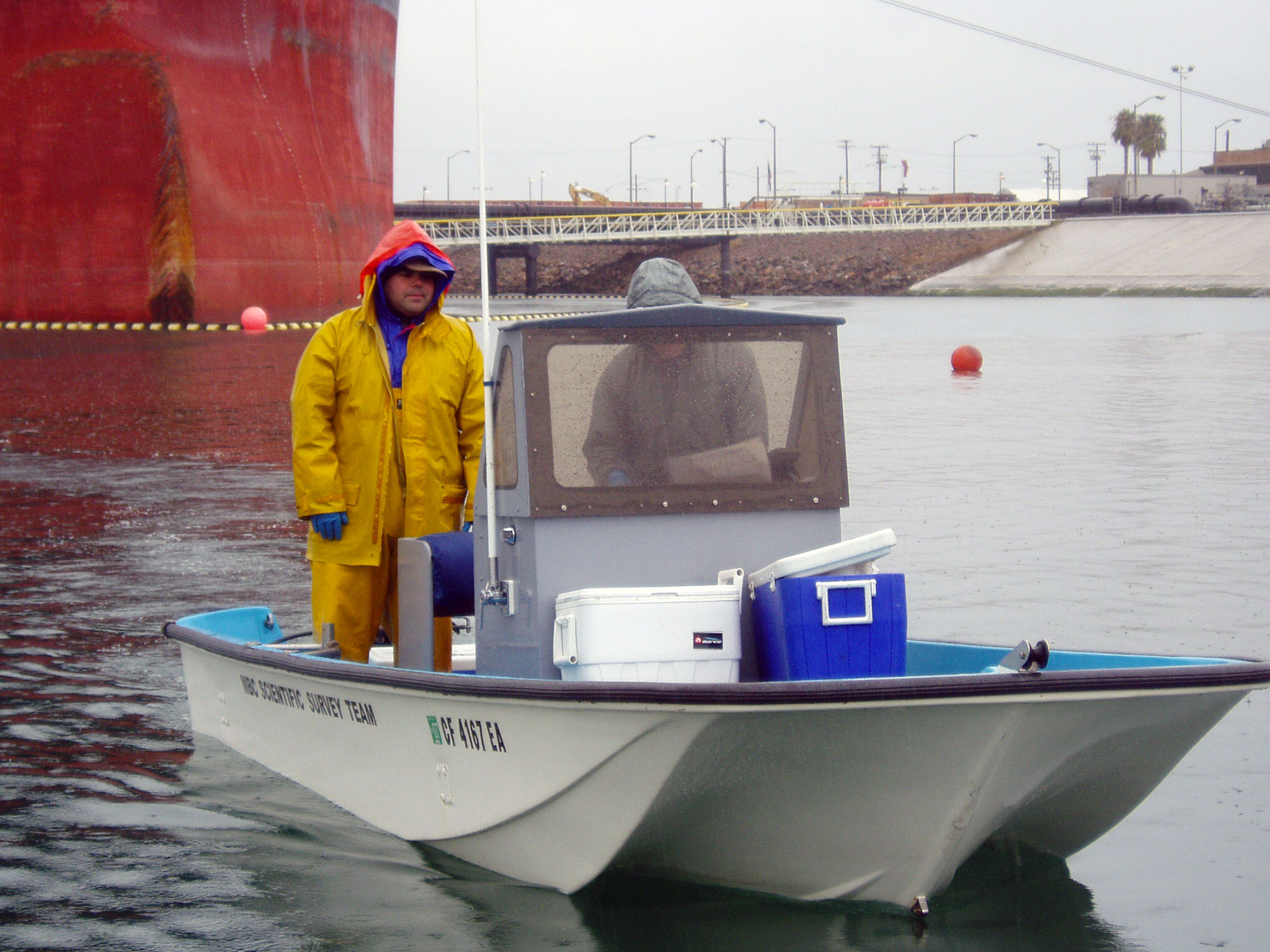 MBC began collecting storm water samples in Long Beach Harbor during the early 1990s. Back then, we had few weather forecasting tools available; the local daily newspaper published the National Weather Service (NWS) forecast and NOAA broadcast the marine forecast continuously on a weather band (WX) VHF station. Weather forecasts in the 1990s were regional and not specific to Long Beach, and current weather information was not continuously updated as it is today.

The most reliable weather information back in the 1990s came from the local ABC evening news featuring Dallas Raines, the tannest weather forecaster west of the Rockies (and possibly the northern hemisphere). Dallas' weather forecasts were helpful for planning stormwater surveys, but the weather that actually transpired in Long Beach was not always as forecast. Rarely do solid storm fronts move through the Southland, often arriving from the west or northwest, breaking up by the time they reach Santa Barbara or Ventura. Unfortunately, real-time radar or satellite wasn't available in the 1990s, so instead it was a phone call to the harbormaster or port pilot asking them to look outside to see if water was falling from the sky. Needless to say, there were false starts and on one occasion a person actually got borderline sunburned waiting for a storm to arrive.

If a storm looked promising, or if we found out it was actually raining, a two-person team would head out to launch our 17-foot Boston Whaler loaded with multiple ice chests, bottles, and ice. Many times, this happened at night. There were times when we would try to make it out of Alamitos Bay but the wind and waves were too much. So, we'd double back, pull the boat, and make our way to the Cabrillo launch ramp, which is in a more protected location. After launching the boat, we would spend the next few hours transiting to each station, filling out paperwork and trying to keep it dry, and filling bottles with water.

The samples had to be collected by boat during two annual storm events. There were about two dozen stations, and at each station there would be multiple bottles for analysis of different analytes (e.g., metals, volatile and semi-volatile organics, hydrocarbons, suspended solids, etc.). Before the rainy season, we would spend time organizing and labeling the bottles so that when the first storm hit, we were ready. We targeted storms that were forecast to produce >1/4" of rain so that storm drains would actually be flowing.

Today, the amount of weather information and accuracy of forecasts is almost overwhelming. A 7-day forecast is available from the NWS with the click of a button from your computer or cellphone. We can even get hourly forecast conditions at a specific spot, including precipitation potential (%) and rainfall amount, lightning potential, etc.

‍
Buoyweather has a 16-day weather forecast available, but like most forecasts, its accuracy diminishes with increasing time. We can also get real-time wave data up and down the coast, like information from SoCal Nowcast and this San Pedro Channel Buoy, and  graphical wave forecasts. Some of the data buoys have 360° camera views available, as well.

‍
While the technology has evolved and improved, some things haven't changed. A quarter century later, Dallas Raines is still forecasting the weather on ABC News.

Categories:
Water / Toxicity Services
Thank you! You're subscribed
Oops! Something went wrong while submitting the form